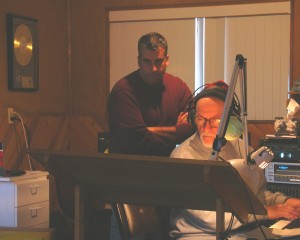 Always over the shoulder of his father, composer Jorge del Barrio

Starting at the age of 6 with violin, Gibi began his endless path of musical education. After the violin, GiBi quickly moved to the piano, and by the time Gibi reached 18 he also had  classical guitar, bass, and drums under his belt.

After high school, GiBi started producing his friends in his father’s studio which led to arranging and performing on their demos as well. In the early 80’s, GiBi cut his commercial music industry teeth beginning by working for notorious producer George Tobin at Studio Sound as a second engineer.

Then around 1995, a composing opportunity arose when he got the opportunity to be a co-writer for a TV animation series and soon after a series of national commercial campaigns for Dirt Devil. Now in the media composing business and with the chance to follow the family footsteps full-time, GiBi never looked back at the record business. GiBi has been composing music for Film, TV, Music Libraries and now is featuring his service as an arranger for artists around the world.